Thomas Paine and the 'Rights of Man'

It was in the aftermath of the French Revolution that ideas of political 'rights' - that participation in the political process should be extended beyond the preserve of an elite - gained a popularity not seen since the mid-17th century. Thomas Paine's Rights of Man (1791-92) is perhaps the most well known expression of this idea with sales estimated in the hundreds of thousands. 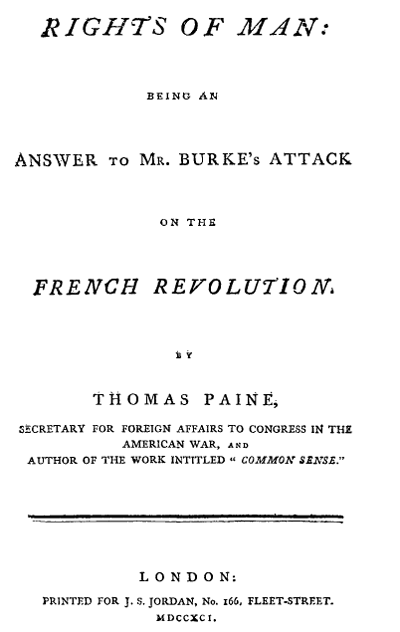 His publications became a touchstone for the members of the various corresponding and similar societies which grew up across the country in the 1790s in such places as Derby, Dundee, Edinburgh, Glasgow, London, Perth, Norwich, Nottingham and Sheffield. These societies discussed economic and social problems but with very much a political agenda; most if not all dedicated to a campaign for political rights. As a testament to the strength and accessibility of his ideas, his works were published and republished long after his death.